I don’t usually make product recommendations on my blog, but for $10 you really should try the Google Cardboard virtual reality device, especially if you have kids. It is like a cheap demo version of Oculus Rift and Microsoft HoloLens, both of which are not even for sale yet to consumers and have an expected price of around $500. The reason Google Cardboard is so inexpensive is that instead of having a computer built into the device, you are just buying the casing part (made out of cardboard) with the 3D lenses, and then you insert your mobile phone (Android or iPhone) into it. It is hard to show exactly what it is like to use it, but this is a good demo:

Once you have Google Cardboard assembled (it took me around 5 minutes), then do a search for Google Cardboard in the app store on your phone and download some free apps for it. Play games, ride on a roller coaster, walk the streets of Paris under the Eiffel Tower, watch a rock concert, see dinosaurs roam through your house, fly through Google Earth, explore a volcano or fight in a war. You can also watch VR Youtube videos that are specially made to work on devices such as Google Cardboard.

Here are two other things I recommend:

1. All-In-One Computers – After 30 years of using computers that have messy and confusing cables, four years ago I bought an “all-in-one” computer. It is basically a monitor with a computer built into it, so it saves a lot of space. It looks like this: 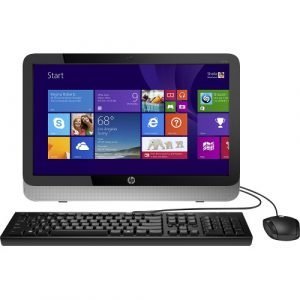 You can get one for as low as $319 at Best Buy. I will never buy a regular PC again. 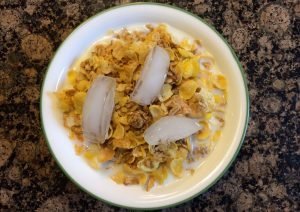 Is This Really A Thing?

Recently this trend gained national media attention when a woman tweeted a photo of her Lucky Charms with ice in it, asking if she was the only one who did this. Most people were dumbfounded, but others said they did it also. The ice cubes keep the milk extra cold. This is especially useful if you like to drink the leftover milk at the end. At first I thought it was crazy, but then I tried it myself this week, and I like it. You might worry that adding ice cubes will make your cereal watery, but amazingly the ice cubes do not really melt much, so that is not a problem.

3 thoughts on “I Have Seen The Future”